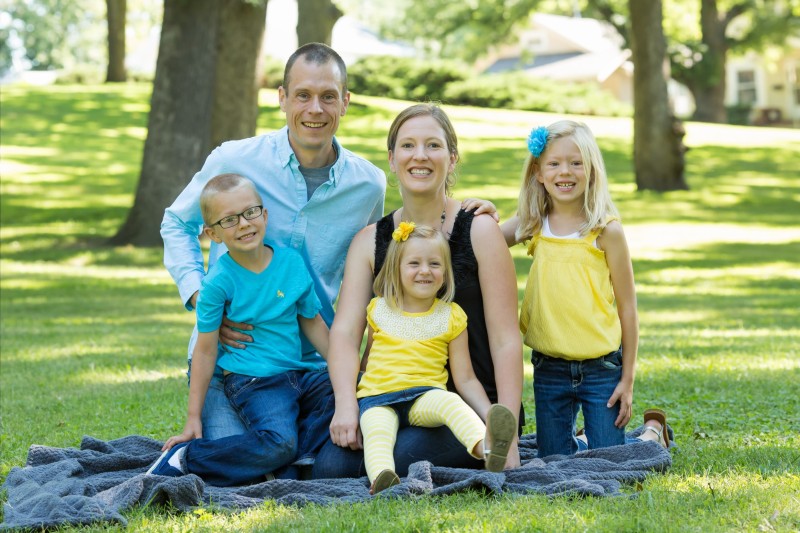 Nate is a graduate of the University of Northern Iowa and Reformed Theological Seminary in Orlando. Nate has served the past three years at the Vine Church in Madison, WI. At the Vine, he has served as a teaching elder and has overseen the areas of college ministry and church planting.

He has been married to his wife Amanda for 12 years. They have three children; Grace, Sam and Elise.

The Hobert’s moved to Madison, WI. two and a half years ago to plant the Vine Church with a team of like-minded pastors. This call to Madison to plant was precipitated by two significant factors. The first was a deep desire to see those who did not yet follow Jesus come to hear the Gospel and in so doing respond in faith. This passion had been primarily lived out among students on campus for the past thirteen years. The second came while attending Reformed Theological Seminary in Orlando. During this time a robust view of the local church and its mission through the Scriptures became clear. It was during a church planting class that it became apparent that the most effective way to reach a city and transform a culture was through church planting. Our move to Madison to plant was driven by a vision not to see merely one church planted, but multiple churches planted in Madison. We came with the belief that we would be on the team to plant the next church after the Vine.